Kolektio is the new Instagram, or at least that’s where it’s trying to get from what we gather. We share photos more than anything else, maybe except for words, and Kolektio wants to make that easier for us. Photographers and not just them can use the app, which is now available for iOS and will be available for Android in the near future, to share and create albums, so-called “moments” together. The Instagram feeling of the app is not reflected in its design, or its layout, but by the competition it is facing.

There are more people on Instagram now than ever before, and a lot of those people are professional photographs. Who are we kidding? Most of the photos, especially those of celebrities, are created by professional photographers. So what does Kolektio offer that would make the app interesting for photographers themselves? What does it offer that makes it more appealing than any other app out there that people use, than Instagram, for that matter?

The concept behind Kolektio is quite simple: sharing moments with friends and fellow attendees at an event. The developers behind the app wanted to create a platform where people could share the photos they take in certain situations, without having to contact friends that attended an event or something individually. Aside from being just a photo sharing app, Kolektio has a great collective vibe about it and the premise is very good.

It works like this: you get an invitation to an event through Kolektio. You attend an event and confirm the invitation on Kolektio, and while at the event, all the photos that you will take will be directly shared to the people that also attended the event, so that you are all creating a collective album of your experiences at that particular event. It’s a great concept, but people have to learn how to use it and make good use of it.

The principle that Kolektio is demonstrating is sharing experiences, not just sharing photos. We might take countless photos at a neat wine-testing, but then be too lame to share them with attendees, because we might feel like they don’t care. Kolektio gets past that anxiety and lets you share everything instantly, all the while checking out what other people at the event are sharing themselves. It can be an excellent way to meet people, too. So far, so good, but we’re waiting on the Android version, too! 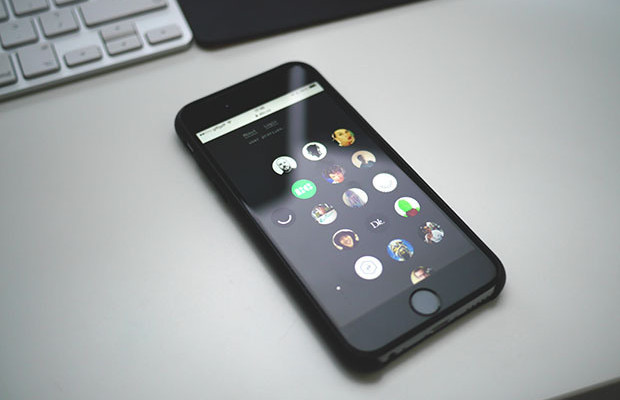