Sony has recently unveiled its new Xperia Z5 phone, a phone that aims to right the many wrongs of its actual predecessor, the Z3. While we won’t be reviewing the phone in detail as a whole, it did manage to improve on some aspects while falling a bit short on others. Mainly, the new Z5 suffers from mediocre (at best) battery life, a seemingly unimproved design and potential overheating issues. On the brightside, it does benefit from an improved camera, which is where our main interest lies.

If you’re passionate about photography or filming, the Z5 might just fit the bill for you. You don’t walk around with your DSLR strapped to your neck on a daily basis after all, are you? Sony seems to know this, and seems to realize that the Xperia Z5’s camera is the primary selling point for its new flagship phone. Thus, there’s little surprise that its main advertising campaigns revolve around it. In a recently released ad, Sony focuses on highlighting the benefits of the Xperia Z5’s SteadyShot feature, which is basically and improved and rebranded optical image stabilization feature. Is it good? It certainly seems to be at a first test and glance, and it’s aimed at providing better video quality for those of us filming on the go. To see it in action, you can view Sony’s ad below, showcasing the Z5’s filming capabilities with SteadyShot turned off and on, in comparison.

“When the action’s too good to miss, you need to be confident in a camera smartphone that will capture every detail, flawlessly” is the tagline used by Sony. In all honesty, it’s really close to ringing true. SteadyShot does improve upon filming quality a great deal. Combined with the phone’s actual new 23 MP camera (which is pretty much as good as you’ll get in a smartphone today), it makes for a compelling selling point. The footage is pretty flimsy without SteadyShot on (albeit still superior to some flagship phones), but it becomes quite impressive with the feature at work. Add in the fact that it’s capable of recording 4K quality footage and you have a winner. In fact, after some testing, we’ve found that the Z5’s camera performs exceptionally in good light conditions, with a fast auto-focus, some pretty good settings and exceptional color results. The only weak point of the camera seems to be its mediocre flash and its inability to take exceptional pictures or videos in low-light conditions.

The basic Xperia Z5 will set you back about €699 in Europe, which is quite hefty, but is on par with direct competitors like Samsung’s Galaxy S6. If you want a great phone, the Xperia is a good option, but definitely not the best out there. If however your emphasis is on a great camera hidden within your smartphone, this one fits the bill nicely. Should you decide to pick one up and record significant amounts of 4K footage with SteadyShot turned on however, make sure to also grab a large SD card (the phone supports cards up to 128GB), as the highest quality recording settings require about 300 MB of space for every minute of footage. The camera is identical in all Xperia Z5 models, including the Z5 Compact and Z5 Premium.

What’s your verdict? Is SteadyShot something impressive enough to warrant a purchase? 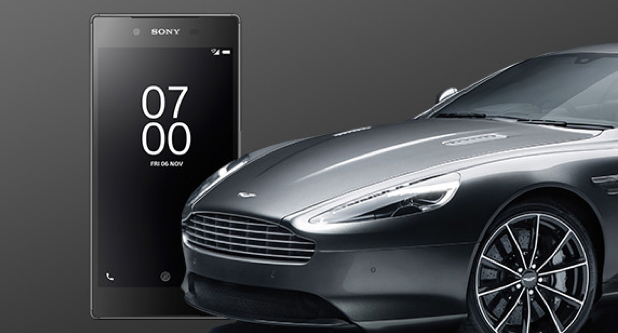